skip to main | skip to sidebar

It's been a while since I've blogged.  Over the past year I have completed another masters degree, taught several classes at SNHU and NEC, been working on the third annual Anthology Conference, and just enjoying time with my family.  I've also been working on my own projects.

Shroud has taken a bit of a back seat to all of these things, largely because the economy has taken its toll on traditional print publishers, and I've placed my family and education as my priorities.  Shroud has always been a big part of life, though.  Many people only know me through my association with Shroud. Lately, it has got me thinking about why I did all of this in the first place.

Shroud was born out of my desire to leave some kind of legacy for my family.  I launched Shroud shortly after my father died.  He passed in 2006, and I incorporated and began taking submissions in 2007 -- making us six years old.  I published our first issue in February of 2008, which would have been my father's 66th birthday, but more on that inaugural issue later.

In that time, Shroud has published twelve issues, three anthologies, over ten novellas, been longlisted for two Bram Stoker Awards, been nominated for a Bram Stoker Award, been on the ballot for a British Fantasy Award, been accepted for North American retail distribution through Barnes & Noble, and I have taken it on the road to a number of conferences and conventions to include NECON, World Horror Convention, CONTEXT, ANTHOCON, and many others. Also, Shroud, I'm very happy to say, has been responsible for publishing a long list of talented first-time writers who have gone on to have successful writing careers.

I have been pleased to receive ongoing encouragement and praise from the dark fiction community, and even more so to make friends among these people.  I was recently in New Orleans for a bachelor party at the same time World Horror was going on.  I popped into the Hotel Monteleone dealer room and ran into so many familiar faces, a number of them former Shroud authors. It warmed my heart to connect with so many people whose relationship was fostered by our mutual connection -- Shroud.

So back to that first issue; as I was baby-stepping into the world of publishing I knew that the first issue had to be good.  I knew what was out there (Cemetery Dance), and I knew that everything from the cover to the content had to reflect a professional effort.  I made a point to teach myself Adobe InDesign and was able to layout the inaugural issue by myself.  I also licensed a striking cover image from a German artist, and offered professional rates to the authors.  Finally, I had that issue offset printed and saddle stitched.  It looked beautiful. Shroud made a big splash that year.

My friend Mark Wholley has helped out at a number of conventions.  When he saw back issues of Shroud #1 selling quickly he offered some sage advice:  "Keep a case for yourself. Those will be collectors' items one day."  So I did, and I have that case.  Now, these aren't the same digitally printed copies you get on Amazon.  Those are great and everything, but these are the first and only of their kind. After these sell out, they are gone, gone, gone.

So here's the thing.  Shroud must go on, on, on.  So in order to position Shroud for it's next big project, I am selling off this case of Shroud debut issues.  I'm even knocking off the price down to $5 an issue plus shipping.  I will ship all US order priority mail.

We have some debts to pay off, then Shroud hopes to build up a war chest to blast out our most ambitious effort yet, a fully illustrated dark poetry collection that has been two years in the making.

So, if you want to own a piece of Shroud history, while helping to fuel Shroud's future, then please pick up an issue of Shroud #1.  Use coupon code "debut08" at check out.  Thank you!

The Four Horsemen are pleased to announce their first print anthology scheduled for release on November 9, 2012 at the second annual Anthology Conference (AnthoCon 2012).  The Anthology will represent the combined talents of the authors, poets and artists who helped make the first ever AnthoCon a success in 2011. The Anthology will be a non-genre-specific endeavor, and will be edited by Mark Wholley and Danny Evarts, and copy edited and designed by Danny Evarts.
Submission Guidelines
Submission Period:  Now to July 30th, 2012
We are looking for the following:
Questions?  Contact mark@anthocon.com
Posted by Shroud Publishing at 11:37 AM No comments:

The folks here at Shroud wanted to steer you in the direction of one of our sponsor's new award winning titles: 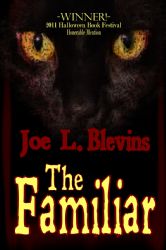 A larger coven of witches comes to Salem for the first full lunar eclipse of the winter solstice in over three hundred seventy four years, and choose a vulnerable man as their slave. When he is found drunk and in possession of stolen jewelry from a grave, he is sentenced to hang. The witches give him a strange potion that mimics death. The authorities bury him thinking he is already dead. The rare lunar eclipse during the winter solstice passes. He emerges from the grave a large cat capable of changing into the form of a man during the full moon. His powers allow him to be charming and give him a "second-sight" ability. He can change to many forms of beast when his life is threatened. He can see what scares someone the most to use that against them. He takes the name Winston Rupert Wallace. Winston uses his new powers to build great wealth to become an entrepreneur who controls a big part of New Amsterdam.
Willia and her brother Stephen join Winston to buy some ships to move goods up and down the Eastern Seaboard. They use their powers and influence to build New Amsterdam into a thriving city to live. Willia conjures up a member of the Roanoke expedition named Sir Christopher Warren. He is a warlock who comes to take control of all their lives. He seeks the ancient Book of Spells that Willia has hidden during the Salem witch trials when many innocents were persecuted and where real witches avoided communities and paranoid officials. Follow the adventures of Winston, Willia and Stephen as they use their magical powers to make themselves filthy rich and powerful, and fight the evil influence of Warren to make a decent life in New Amsterdam, the future New York City.


Available now at downwarden.com for $3.95 for the e-Book.

Posted by Shroud Publishing at 5:10 PM No comments:

Posted by Shroud Publishing at 5:04 PM No comments:

Please spread the word, Shroud's 2011 Collegiate Fiction Award deadline has been extended to October 15, 2011.  The nominees and award will be handed out during the Saturday night celebration at AnthoCon 2011.  Read the submission guidelines here.  Free to enter!
Posted by Shroud Publishing at 12:56 PM 2 comments:

Wow, the last several months have been crazy. In that time I have been laid off, reemployed, finished grad school, travelled and trained for the new job, and am in the midst of plans for Anthology 2011 (AnthoCon).  However, thanks to the efforts of my dear friend and Co-Shroudite, Danny Evarts, and an exceptional community of writers, editors, and artists, Shroud Magazine and Shroud Publishing continues to forge ahead with new issues, new books and new projects.  What hasn't been exceptional is my ability to get Shroud out to subcribers in one mailing, nor my ability to get all of my authors paid quickly.  While the afforementioned events may serve to explain, I make no excuses. My writers are what make Shroud a superlative publication, and my readers are our audience.  Please, writers, if you have not already done so, send me an email with your preferred payment delivery method.  Also send me your current address so I can make sure you get your contributor copy as well (for those few that have not received theirs' yet.)  Remember that all Shroud authors are entitled to a 40% discount for additional copies of the issue they appeared in.  Simply ask me for the coupon code in your email.  I am usually only to fill orders on weekends, but I'll try to come up with a plan to fix that.  If you are awaiting an order, trust that I am working on getting everything caught up.

So what can you expect from Shroud in the coming months?  A new digital edition is just about to be released, Issue 12 is in production.  Our Guest Editor, Jackie Gamber, is wrapping up Issue 13, a new novel from Nate Lambert is in production, as are The Terror In Miskatonic, and Epitaphs, an anthology from the New England Horror Writers.

Thank you for your continued support.  I am a writer as well.  I struggle with rejection letters, a competitive market, folding publications, and trying to develop my passion into an income.  I understand the importance of honesty and dependability in this market. My goal is, and has always been, for Shroud to be an honest and dependable enitity in the dark fiction ecosystem.  Subcribership continues to grow, but slowly.  As a result, we operate on a tight budget and are required to be flexibile about the publishing schedule.  You have all demonstrated understanding and patience in this regard, and I appreciate it.  In the end, we intend to sustain Shroud through a dynamically changing market landscape, and continue to maintain quality and relevance in a competitive environment that is filled with alternatives. Shroud will enter its 5th year of existence by the time we all convene in Portsmouth for AnthoCon.  I hope many of you will be on hand to celebrate with us.

--Tim
Posted by Shroud Publishing at 12:49 PM No comments:

Shroud is pleased to announce our second themed issue.  Issue #13 will be guest edited by a talented writer and editor in the speculative fiction field, Jackie Gamber.

Jackie is the co-founder and Executive Editor of Meadowhawk Press, a speculative fiction publisher based in Memphis. She edited and published David Walton’s Terminal Mind, which garnered the Philip K. Dick Memorial Award in 2009 (more on Jackie below.)

Scary Psyches – Stories that explore the dark side of our nature; hidden, forbidden facets of the human drama. Maybe we indulge them. Maybe we don’t.


No slasher stories for the sake of gore. No serial killers (unless there’s a fascinating element for his/her “why”). Go for creepy, Hitchcockian thriller, and you’re on the right track.

Submission are open June 1st, 2011 and subsequently close July 31st 2011, and must be submitted as .rtf attachments to jackie@shroudmagazine.com.  Submissions that are not formatted correctly, are sent to the wrong email address, or do bot comply with the theme of the issue will be unfortunately deleted.

Jackie also edited the award-winning benefit anthology Touched by Wonder. She has been a guest lecturer at Memphis Options High Schools, and is a speaker at writers’ conferences from Michigan to Florida. Jackie is also the visionary behind the MidSouthCon Writers’ Conference, now in its third year.


An award-winning author in her own right, Jackie writes stories ranging from ultra-short to novel-length, varieties of which have appeared in anthologies such as Tales of Fantasy and Old School, as well as numerous periodical publications. Jackie is a member of the professional organizations Science Fiction Writers of America and Horror Writers Association. She was named honorable mention in L. Ron Hubbard’s Writers of the Future Award, received a 2008 Darrell Award for best short story by a Mid-South author, and is winner of the 2009 Mary Wollstonecraft Shelley Award for Imaginative Fiction.

Shroud is thrilled to be working with a number of writers and editors in the genre for upcoming themed issues. 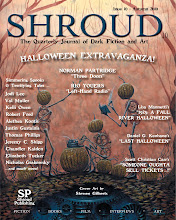